"My DHO has continuously been inconsistent in declaring what is available and what we actually have. I cannot understand why he is contradicting us, Onzu explained

by Kamusime Banabasi
in Health, News
Reading Time: 1 min read
0 0
A A
0

According to Onzu, Kisoro DHO Dr. Steven Nsabiyumva continues to contradict himself and has failed to maintain his stance about financial matters in his department.

“My DHO has continuously been inconsistent in declaring what is available and what we actually have. I cannot understand why he is contradicting us, Onzu explained

The comments were made during council meeting held earlier this week.

“On the payroll, we know all those who have left. DHO you recall you told our nurses that our staffing is 120% but when you say, the office of the CAO is using Health wage to pay education staff, then that is a major distortion”, Onzu angrily exclaimed

The comments come on the backdrop of a suppressed Nurses strike in the district last Friday over delayed payment of lunch allowances for July and August.

Onzu further noted that he is prepared to travel to Public Service Ministry and Ministry of Finance to request for a supplementary wage because of a 1.4 billion deficit in the health department.

Kisoro district Speaker Amos Hakizimana commended the Kisoro CAO for his zealous efforts to avert nurses from striking which could negatively affect the fight against COVID -19 in the district.

Social and flexible young man ever eager to learn more. I'm a news field reporter presenter and Sports commentator at voice of muhabura, the leading voice in Kisoro. He is also vast with both formal and informal experiences, currently pursuing bachelors degree in social work and social administration at metropolitan international university 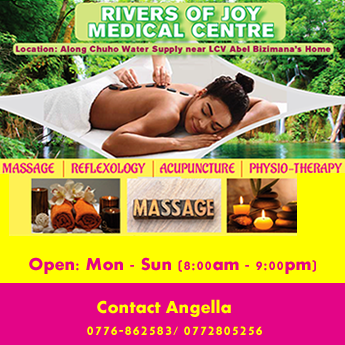